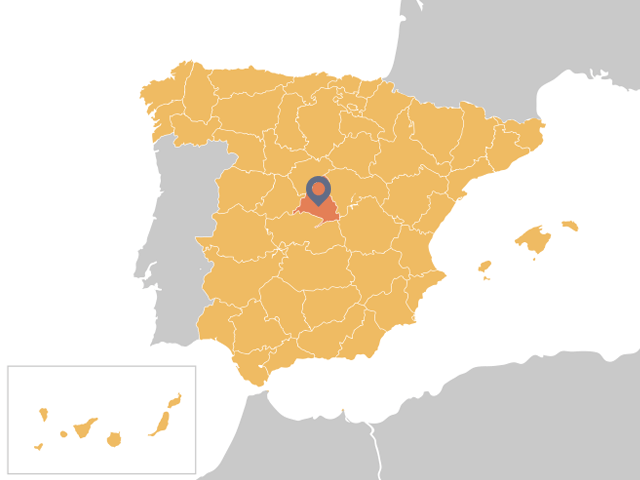 Madrid is the capital and most-populous city of Spain. The city has almost 3.3 million inhabitants and a metropolitan area population of approximately 6.5 million. It is the second-largest city in the European Union (EU), surpassed only by Berlin, and its monocentric metropolitan area is the second-largest in the EU, surpassed only by Paris. The municipality covers 604.3 km2 (233.3 sq mi).

Madrid lies on the River Manzanares in the center of both the country and the Community of Madrid region, of which it is also the capital. As the capital city of Spain, seat of government, residence of the Spanish monarch, Madrid is also the political, economic and cultural centre of the country.  The mayor is José Luis Martínez-Almeida from the People’s Party.

The Madrid urban agglomeration has the third-largest GDP in the European Union and its influence in politics, education, entertainment, environment, media, fashion, science, culture, and the arts all contribute to its status as one of the world’s major global cities. Madrid is home to two world-famous football clubs, Real Madrid and Atlético Madrid. Due to its economic output, high standard of living, and market size, Madrid is considered the major financial centre and the leading economic hub of the Iberian Peninsula and of Southern Europe. It hosts the head offices of the vast majority of major Spanish companies, such as Telefónica, IAG or Repsol. Madrid is also the 10th most liveable city in the world according to Monocle magazine, in its 2017 index.

Madrid houses the headquarters of the UN’s World Tourism Organization (UNWTO), the Ibero-American General Secretariat (SEGIB), the Organization of Ibero-American States (OEI), and the Public Interest Oversight Board (PIOB). It also hosts major international regulators and promoters of the Spanish language: the Standing Committee of the Association of Spanish Language Academies, headquarters of the Royal Spanish Academy (RAE), the Instituto Cervantes and the Foundation of Urgent Spanish (Fundéu BBVA). Madrid organises fairs such as FITUR, ARCO, SIMO TCI and the Madrid Fashion Week.

While Madrid possesses modern infrastructure, it has preserved the look and feel of many of its historic neighbourhoods and streets. Its landmarks include the Plaza Mayor, the Royal Palace of Madrid; the Royal Theatre with its restored 1850 Opera House; the Buen Retiro Park, founded in 1631; the 19th-century National Library building (founded in 1712) containing some of Spain’s historical archives; many national museums, and the Golden Triangle of Art, located along the Paseo del Prado and comprising three art museums: Prado Museum, the Reina Sofía Museum, a museum of modern art, and the Thyssen-Bornemisza Museum, which complements the holdings of the other two museums. Cibeles Palace and Fountain has become one of the monument symbols of the city. 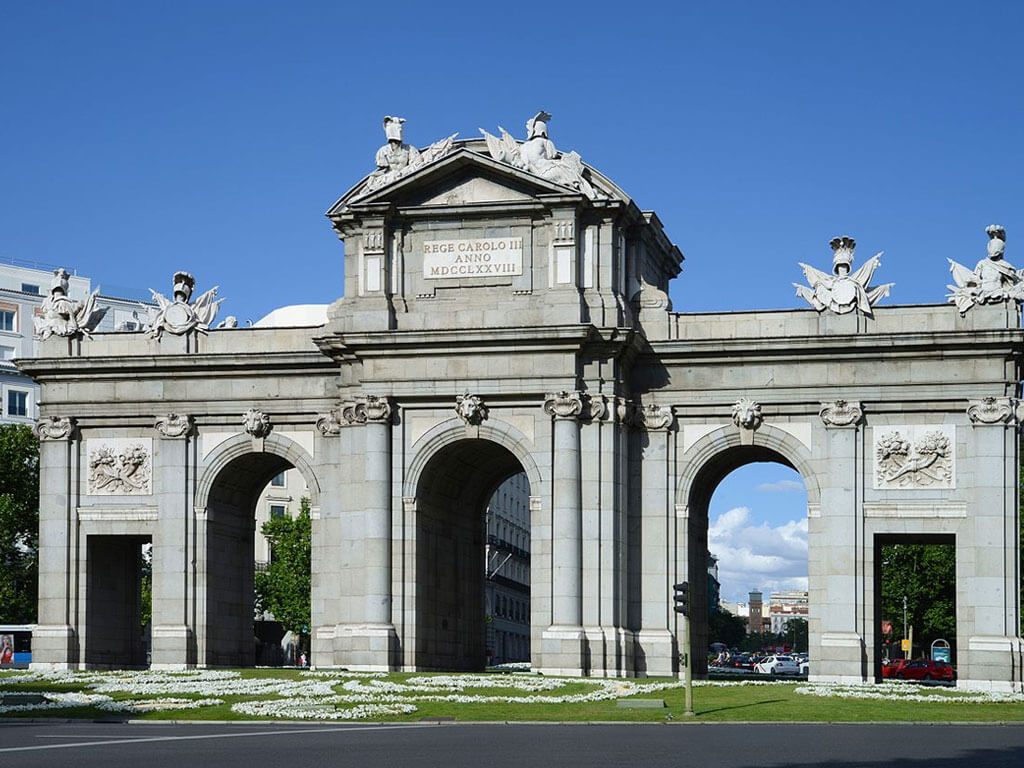 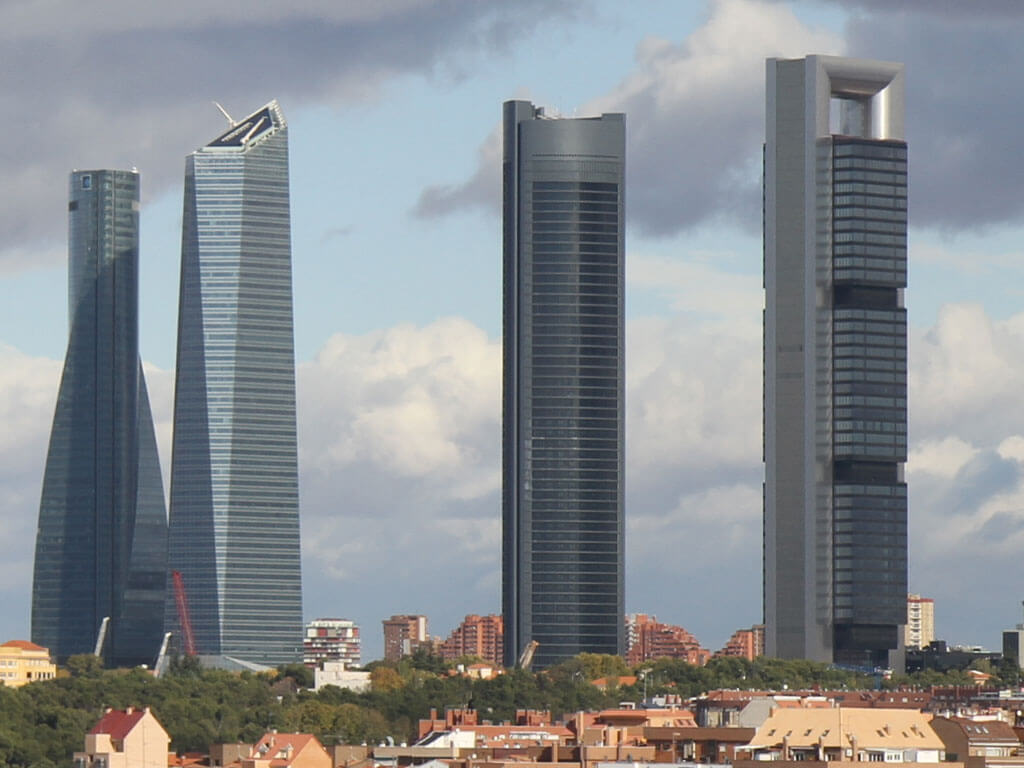 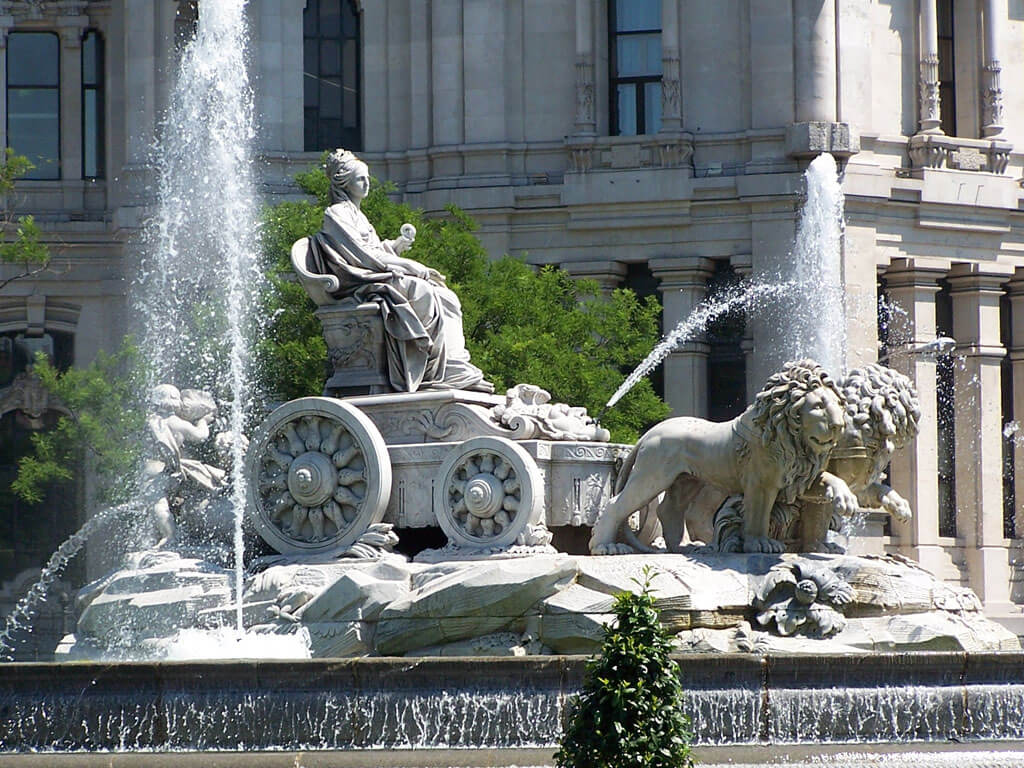 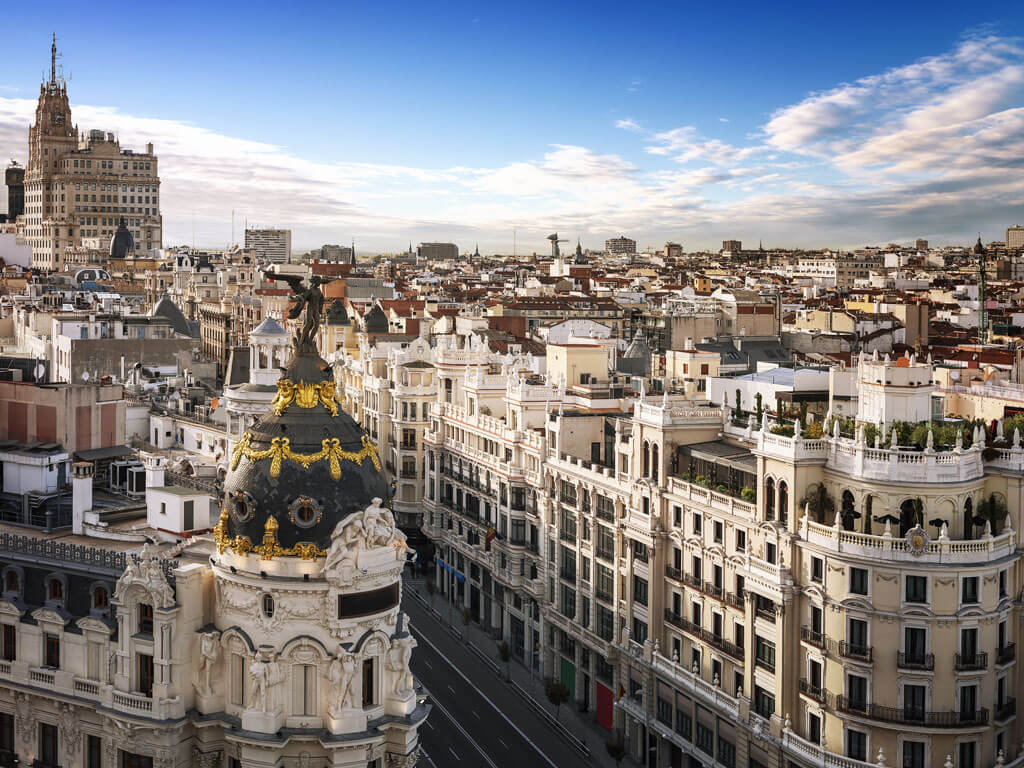